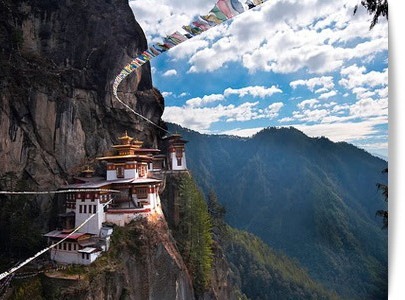 The Paro Valley is a wide and verdant region of west Bhutan, recognized as one of the most beautiful in the whole country; it’s also home to the country’s only airport and therefore forms a natural stop for anyone on a tour to Bhutan. Although the town itself is rather nondescript, valley is home to some of teh country’s most spectacualr monasteries – particularly the famous Tigers Nest – and most special hotels. In March each year the Paro Dzong hosts one of the most popular festivals. We recommend spending at least 2, if not 3 nights here. 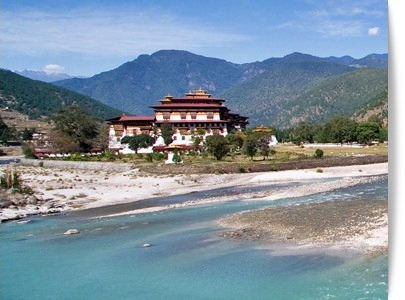 The country’s former capital, Punakha lies amongst the fertile valleys of the Pho Chu and Mo Chu Rivers, where the surrounding farmlands produce oranges, bamboo and rice. Overshadowing this lush landscape is the magnificent 17th century monastic setting of the Punakha Dzong, once the seat of the Bhutan government, but today the winter retreat of the country’s chief abbot. Considered a particularly fine example of Bhutanese monastic architecture, the dzong houses some of the most sacred relics of the Drukpa Kargyu school of Tibetan Buddhism, including the remains of Shabdrung Ngawang Namgyal, the unifier of the Bhutanese state during the 17th century. 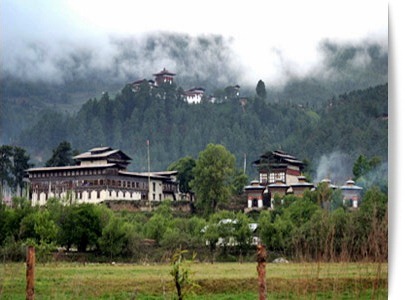 The sacred heart of Bhutan, Bumthang is made up of four separate valleys that are blessed with some of the country’s most revered settings and ancient temples. It was to here that Guru Rimpoche first brought Buddhism to Bhutan and where Pema Lingpa was born, the saint to whom the Royal Family trace their direct lineage. At the temple of Jambay Lakhang you can visit the place where Guru Rimpoche preached the first sermon on Tantric Buddhism and enjoy the rare privilege of attending the Prakar Tsechu, the annual religious festival that is held around October each year. 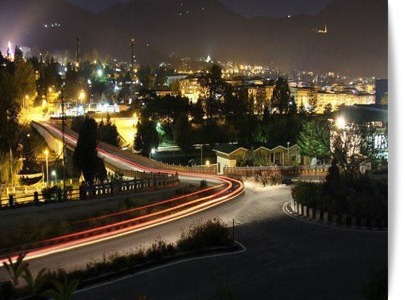 The Bhutanese capital lies along the western banks of the Wang Chhu River, amongst the valleys and woodlands of the western central part of the country. The political and economic heart of the country, Thimpu became the capital in 1961 and is home to the majestic Tashichhoe Dzong (the Fortress of the Glorious Religion), an imposing 17th century monastery that is central to the religious and administrative power of the country. Other major attractions include the Dechencholing Palace, the 12th century paintings of the Dechen Phodrang Monastery and the Simtokha Dzong, the oldest surviving fortified monastery in the country. 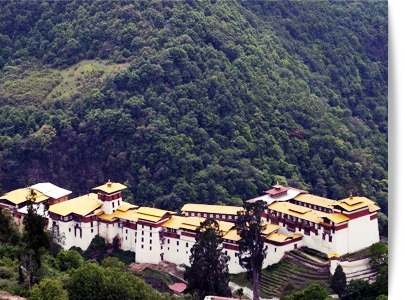 Capital of the Trongsa District of central Bhutan, this is home to the largest dzong fortress in the country. Built on a ridge overlooking the Mangde River Gorge, the monastic citadel was once the seat of power of the Wangchuck dynasty and controlled the trade routes that ran from east to west for centuries. Built on a number of different levels, the complex comprises a labyrinthine collection of courtyards, corridors and passageways and includes up to 25 temples within its protective embrace. Tradition had it that, before becoming king, any prospective ruler of Bhutan first had to become governor of Trongsa. 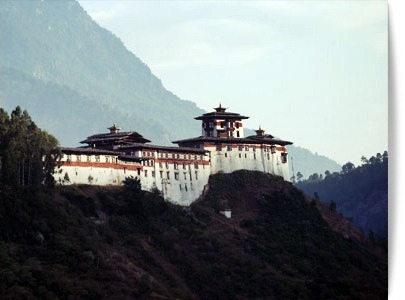 A gateway to the far regions of eastern Bhutan, Wangdue Phodrang takes its name from the 17th century dzong that dominates the ridge overlooking the confluence of the Punatsangchu and Dangchu Rivers. Built in 1638, to protect the region from incursions from the south, the fortress was once a powerful seat of the pre-monarchy governor of the region and visitors can tour the monastery during the annual Wangdue Phodrang Festival, held each autumn. The town is also home to the Temple of Sha Radap, the guardian deity of the area. 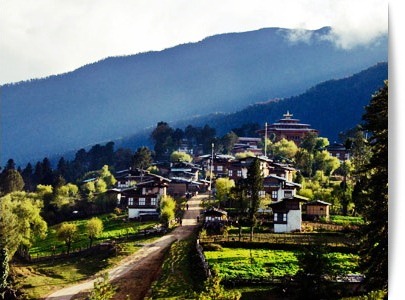 The Phobjika Valley is a broad, fertile glacial trough that occupies the landscapes of central Bhutan. Wonderfully scenic and home to the stunning 17th century Gangtey Monastery, this area is the main winter feeding grounds for the rare black-necked cranes, who flock here from the Tibetan Plateau between October and March each year. Culturally unique and set against the majestic backdrop of the Black Mountain ranges, the valley is a haven for wildlife of all kinds including Himalayan black bear, red foxes and 14 species of birds that are considered to be vulnerable or endangered. 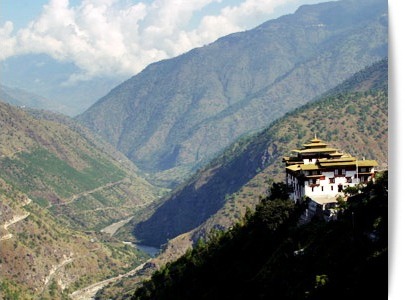 Bhutan’s easternmost district, Trashigang once lay along the vital trading routes between Assam and Tibet. Indeed, even today, it is still an important highway for trade between India and Bhutan and its town centre is a melting pot of cultures as hill tribes from the surrounding countryside come to trade. It was protected by the 17th century fortress of Trashigang Dzong, an imposing structure that was built on a spur overlooking the Gamrichhu River in 1659 to defend the area against Tibetan invaders. Close by is the Gom Kora, an ancient temple renowned for its rock garden and a sacred footprint, believed to be that of Guru Rimpoche. 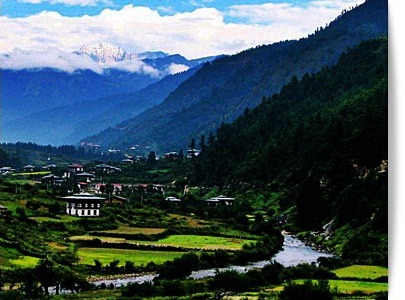 Only opened up to tourism in 2002, the remote Haa Valley lies in the extreme west of the country, to the south of Paro. An important agricultural region that borders Tibet, the valley is blanketed in terraced fields of wheat, barley and potatoes, that have provided the local population with trade goods for centuries. One of the least populated regions of Bhutan, the area is famous for its Black and White Temples (Lhakang Nagpo and Lhakang Karpo), both built in the 7th century and located near the sacred site of Miri Punsum (Three Brother Hills).

Have a question? Call us now